Lurch from the Addams Family for sims 3 by squarepeg56

Booooooo   Happy Halloween-well almost!!   Here is Lurch the first of my Addams family folk for you to have!!
Lurch is a fictional character created by American cartoonist Charles Addams as a manservant to The Addams Family. In the original television series, Lurch was played by Ted Cassidy who used the famous catchphrase, "You rang?"  When the phrase was delivered in the actor's slow basso profondo voice, producers found it so funny that it was incorporated into the show despite the character having been intended as a non-speaking part. Carel Struycken played Lurch in the later films. Wikipedia  Lurch is shown with Sims 3 store free hair Franken hair and game skin-please see below pictures to download him and links to custom content!! 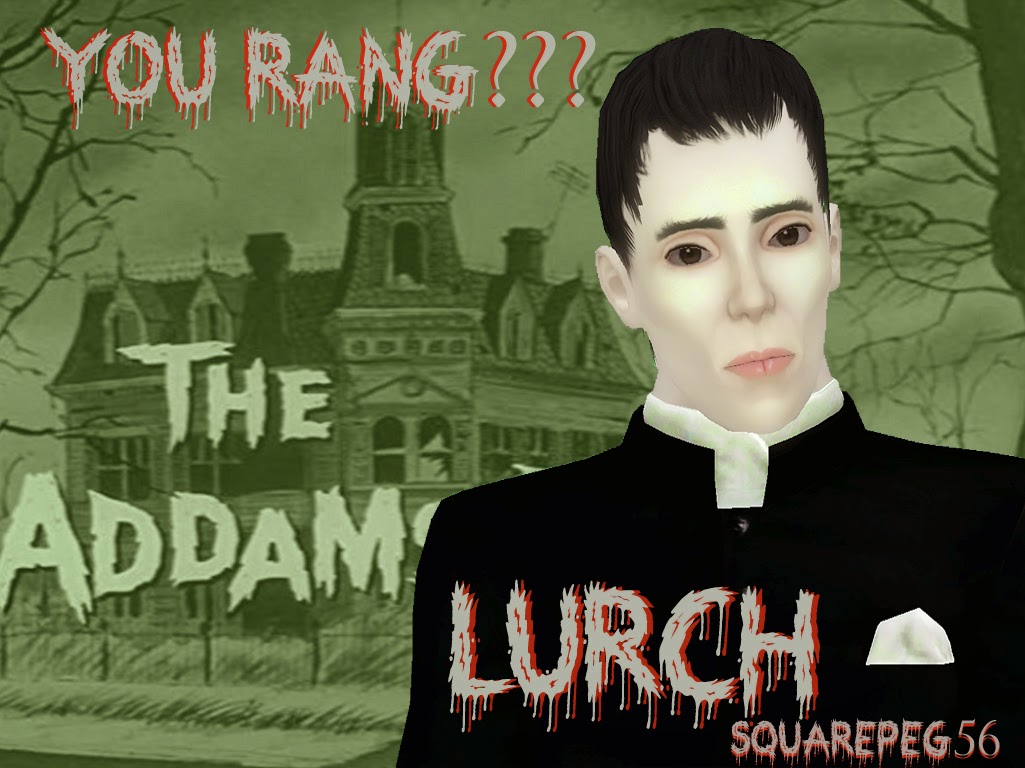 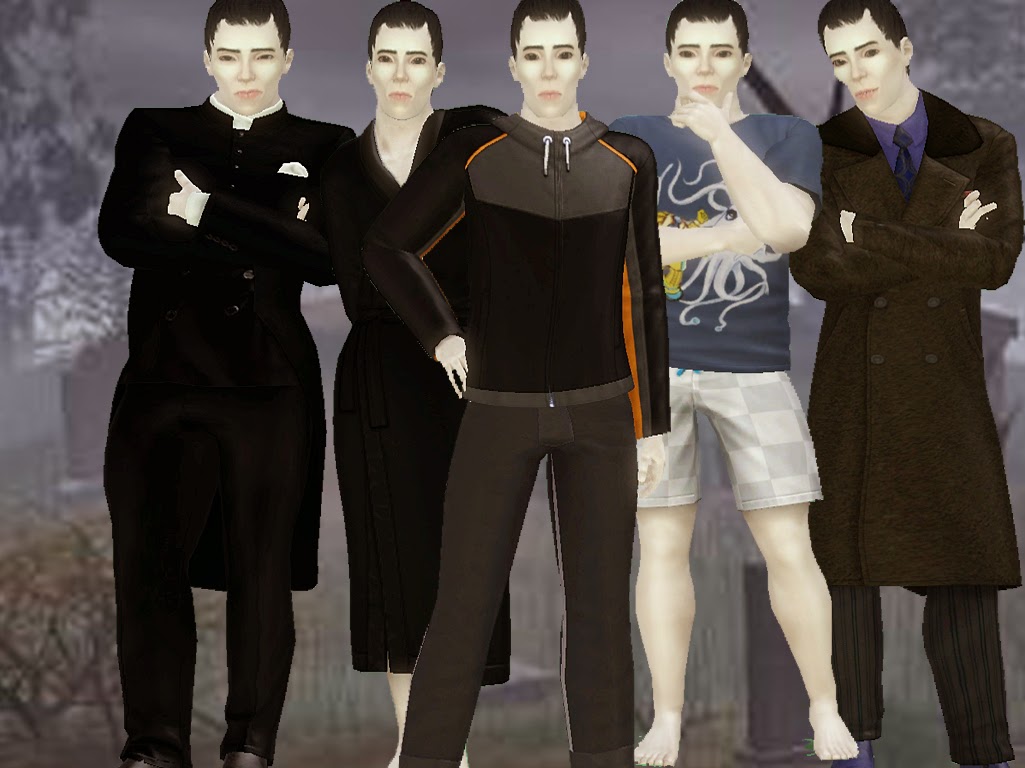 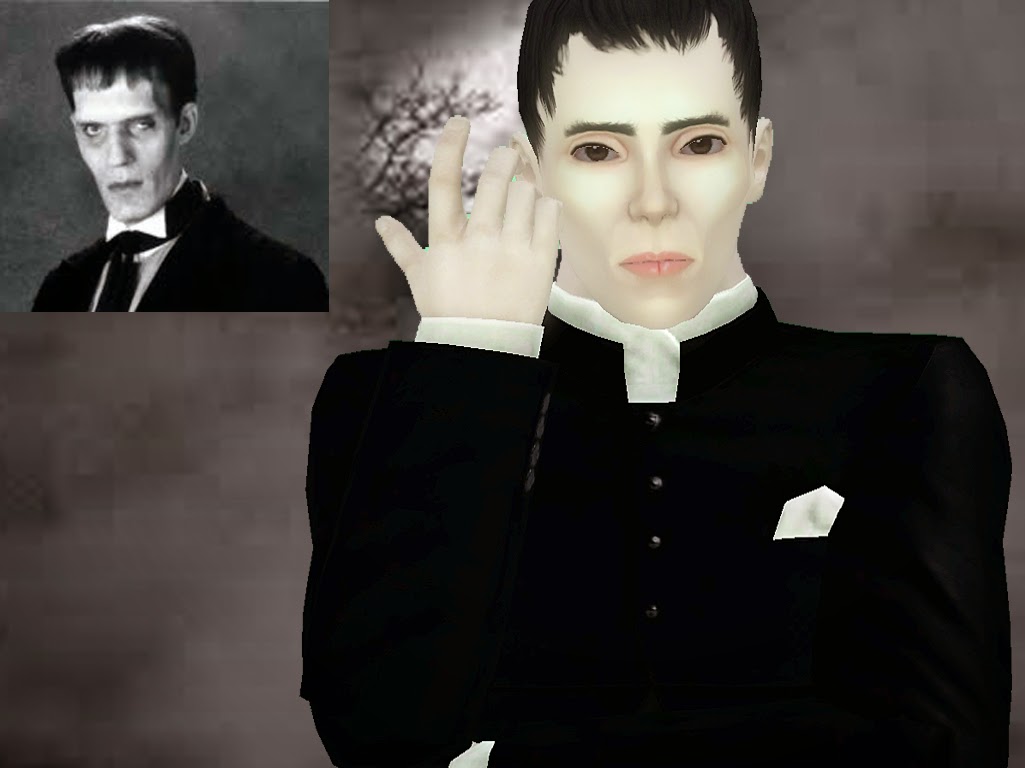 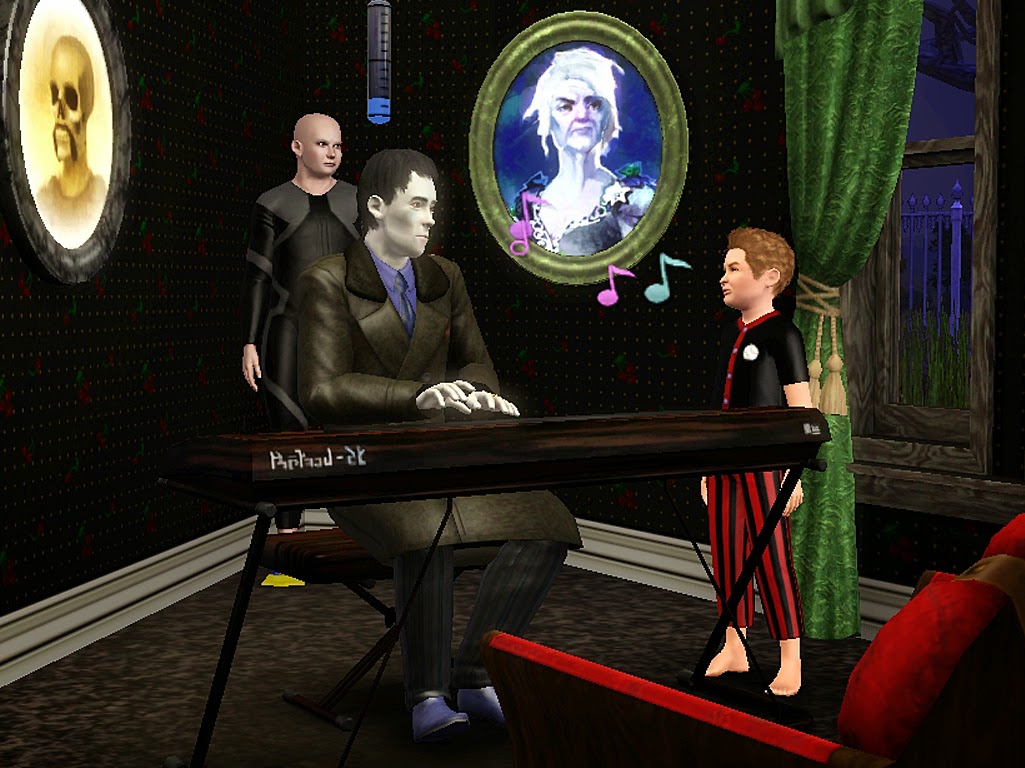 Lurch's hair is free at the sims 3 store here:  click
Wool trench coat here:  click
Included cc:
Cherryberry's sparkle eyes here:  click
Serpentrogue's matte lipstick for men here:  click
Lurch's outfits are:  Everyday/Formal from supernatural, Sleep-base game
Athletic-Jacket seasons, Swim-shirt-WA, and outerwear not included
wool trench coat-see above for link.
If you don't have these expansions the game will
substitute different clothing for him!!
Thanks so much to my friends Cherry berry and Serpentrogue for
the wonderful cc-you guys rock!!
More Addams family folk and their house will be coming soon!!
Thanks to Cmomoney @ MTS for the wonderful pose player that I use with all my simmies!!
Font used-Blood thirsty by Jonathan S. Harris-get it here:  click
I used a mod for Lurch to make him taller
but it is not included
It is by Delphy at MTS here:  click
Thanks so much to all these people for poses:  Skylar at R & S Gemsims Dollhouse  JuBA_Oo, Seemyu, Morphead, Etenila, Maximumsims & Traelia all at MTS, R2M, Elexis at Ace creations, Tum Tum Simiolino, IMHO,  Peppersims3, BlakC's pose place, Inna_Lisa at Sims 3 mode.
Find IMHO poses here: click