Louis Tomlinson from One Direction by squarepeg56

Louis Tomlinson is an English pop singer-songwriter, footballer, and actor, known as a member of the boy band One Direction.
Tomlinson began his career as an actor.  In 2010, he became a founding member of the pop band One Direction  which went on to finish third in the 2010 series of The X Factor. In 2013, he was signed as a footballer by Doncaster Rovers of the Football League Championship. (Wikipedia)  He is made for a request.  He is shown with Teru K natural plus tan skin and hair by Lapiz's Scrapyard.  See below pictures to download him and links for his hair and skin which are not included. 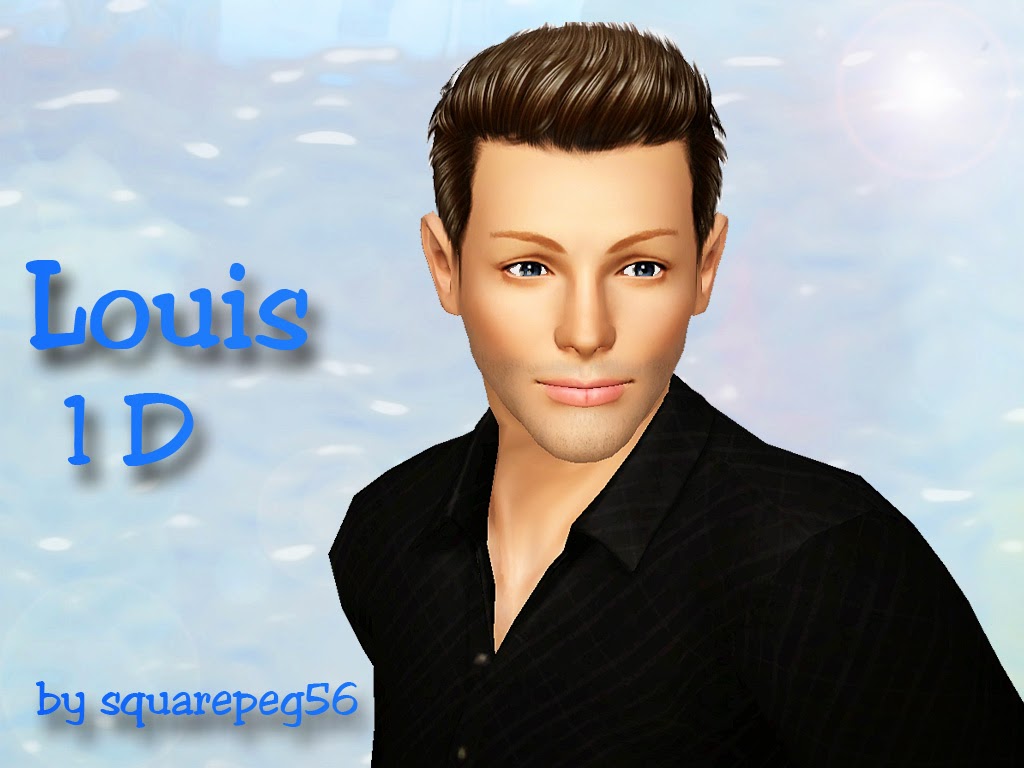 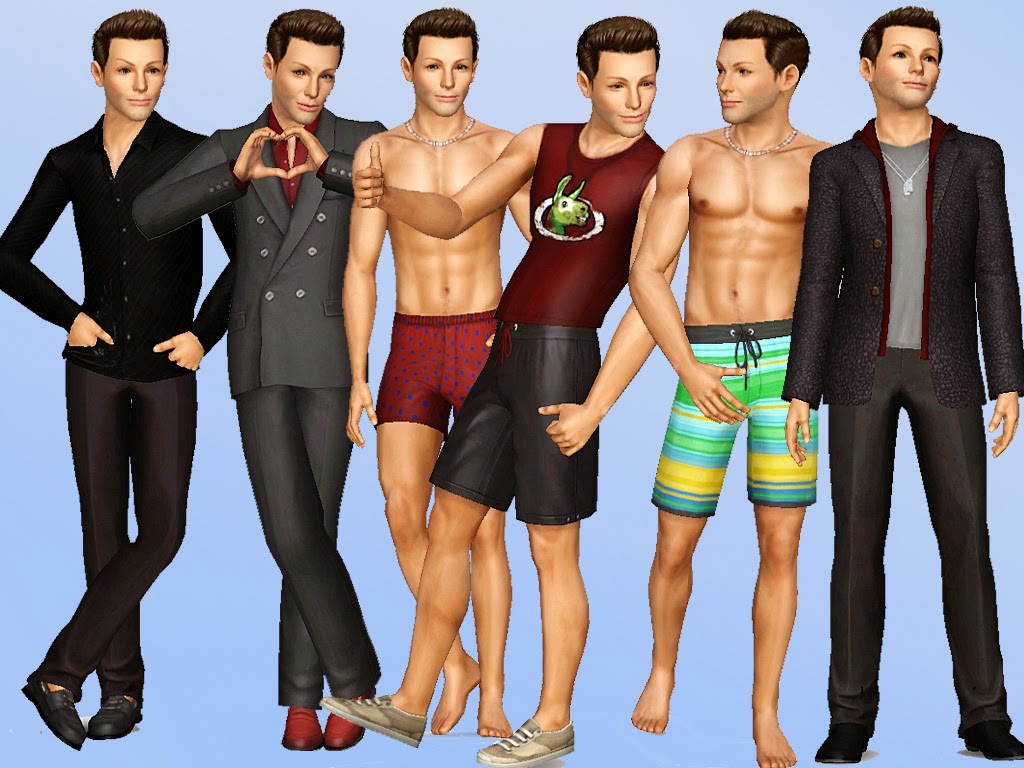 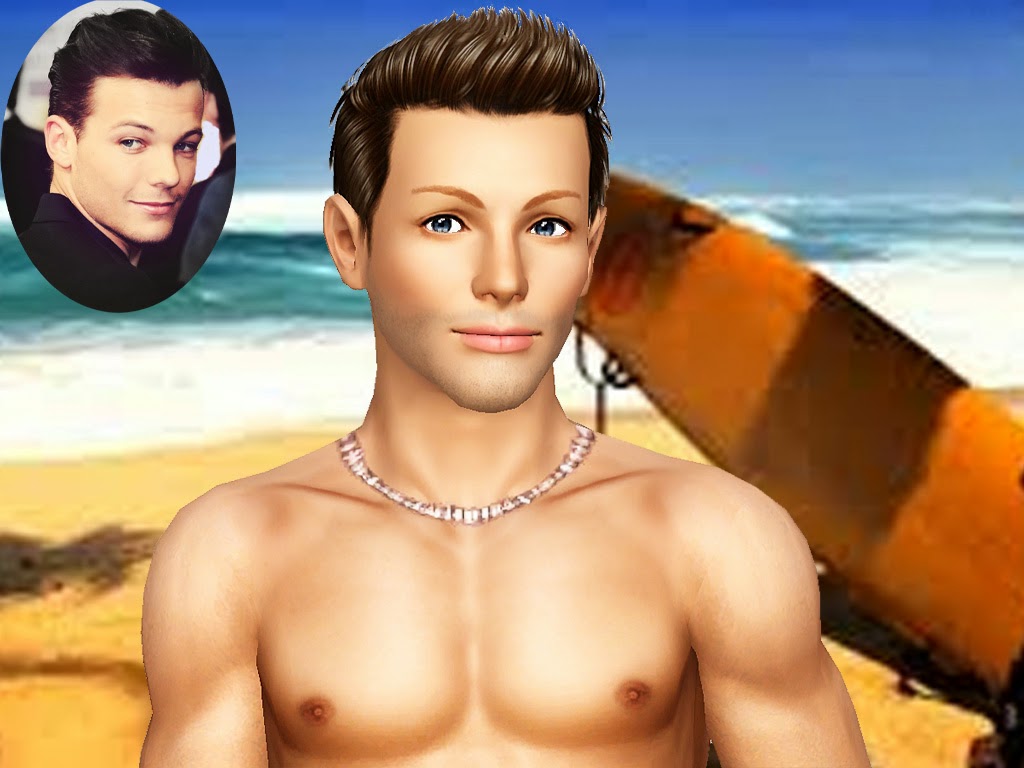 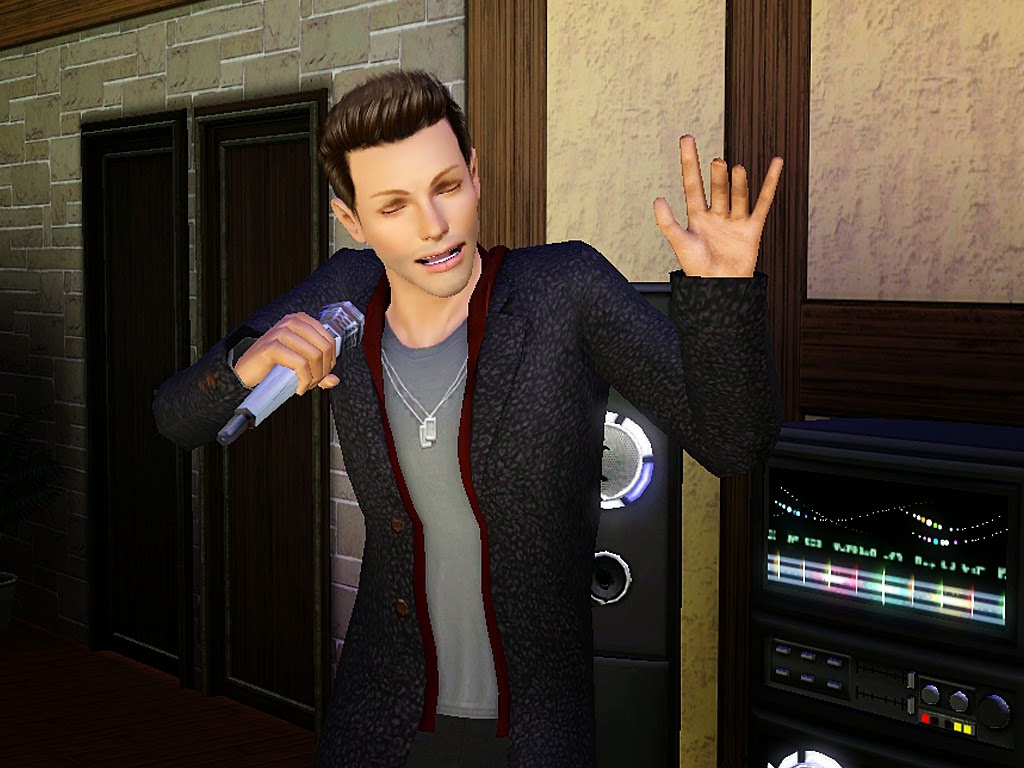 To make Louis look like my pictures please add:
Teru K natural plus eskin here:  *Click*
Cupcake hair by Lapiz's Scrapyard here:  *Click*
Louis' outfits:  Everyday, Formal, Sleep and Athletic-base game.
Swim-Island paradise, Outerwear Jacket LN Pants-Supernatural.
If you don't have the above expansions your game will generate different clothes for him!
Custom content included with him:
Cherryberry's classic eyebrows here:  *Click*
Cherryberry's sparkle eyes here:  *Click*
Serpentrogue's matte lipstick for men here:  *Click*
Thanks to my friends Cherryberry and Serpentrogue for the wonderful cc!! You
guys are so awesome!!!
Thanks to Cmomoney @ MTS for the wonderful pose player that I use with all my simmies!!
Thanks so much to all these people for poses:  Skylar at R & S Gemsims Dollhouse  JuBA_Oo, Seemyu, Morphead, Etenila, Maximumsims & Traelia all at MTS, R2M, Elexis at Ace creations, Tum Tum Simiolino, IMHO,  Peppersims3, BlakC's pose place, Inna_Lisa at Sims 3 mode.
Find IMHO poses here:  *Click*