Phoebe Halliwell is a fictional character from the television series Charmed. One of the leads, Phoebe is introduced in the series as a witch, a Charmed one – one of the most powerful witches of all time. The character was portrayed by Lori Rom in the unaired pilot, and later Alyssa Milano throughout the entire series run.
During the first three seasons, Phoebe is shown as the youngest and most rebellious of the Halliwell sisters. She later becomes the middle sister after Prue Halliwell is killed and the series introduces her younger half-sister Paige Matthews.   One of the recurring struggles for Phoebe as a character is her attempt to find a career and true love while achieving her destiny of defeating the forces of evil. (Wikipedia)  She is second in my series.  Paige, Prue and the Charmed house coming soon!! 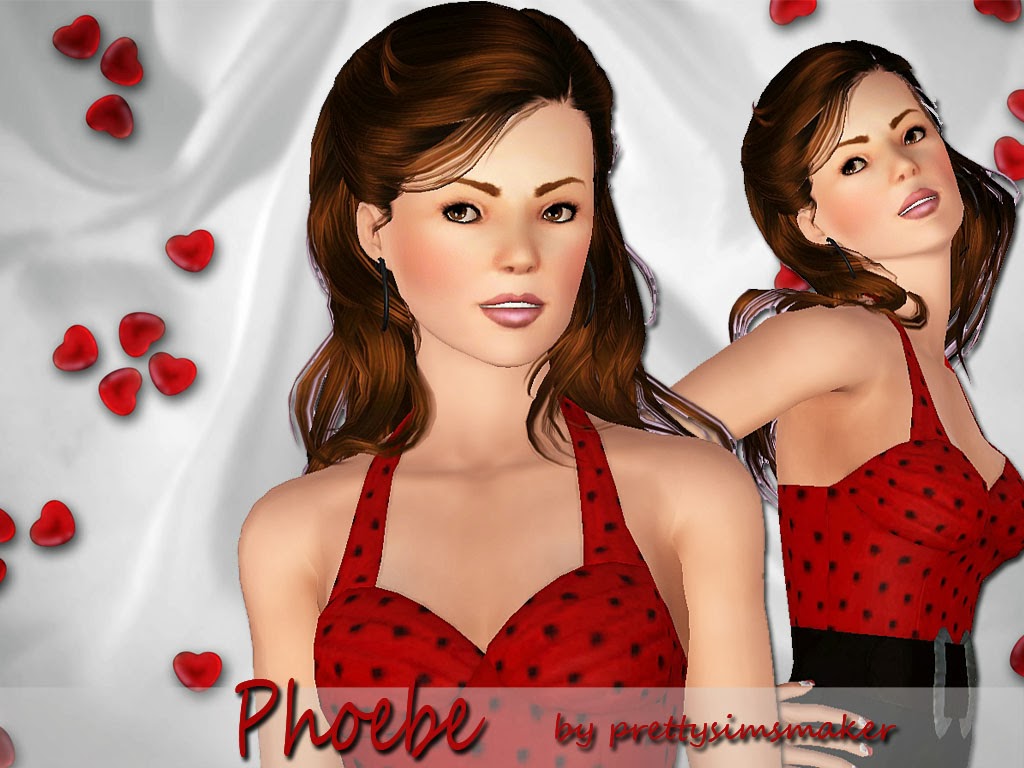 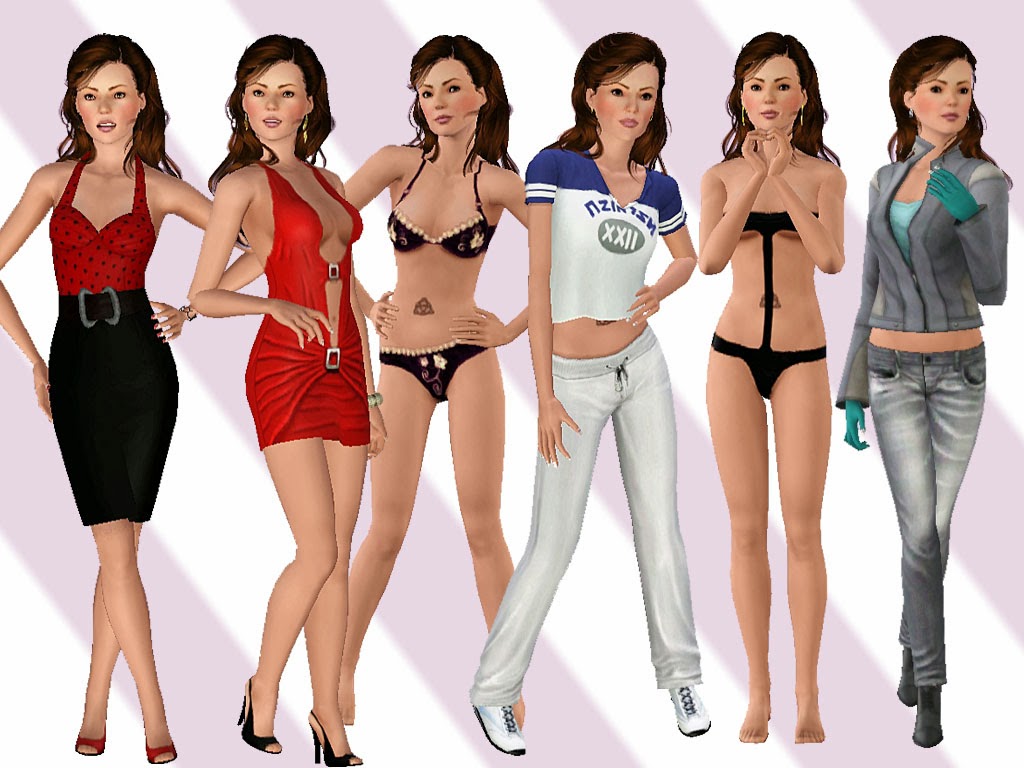 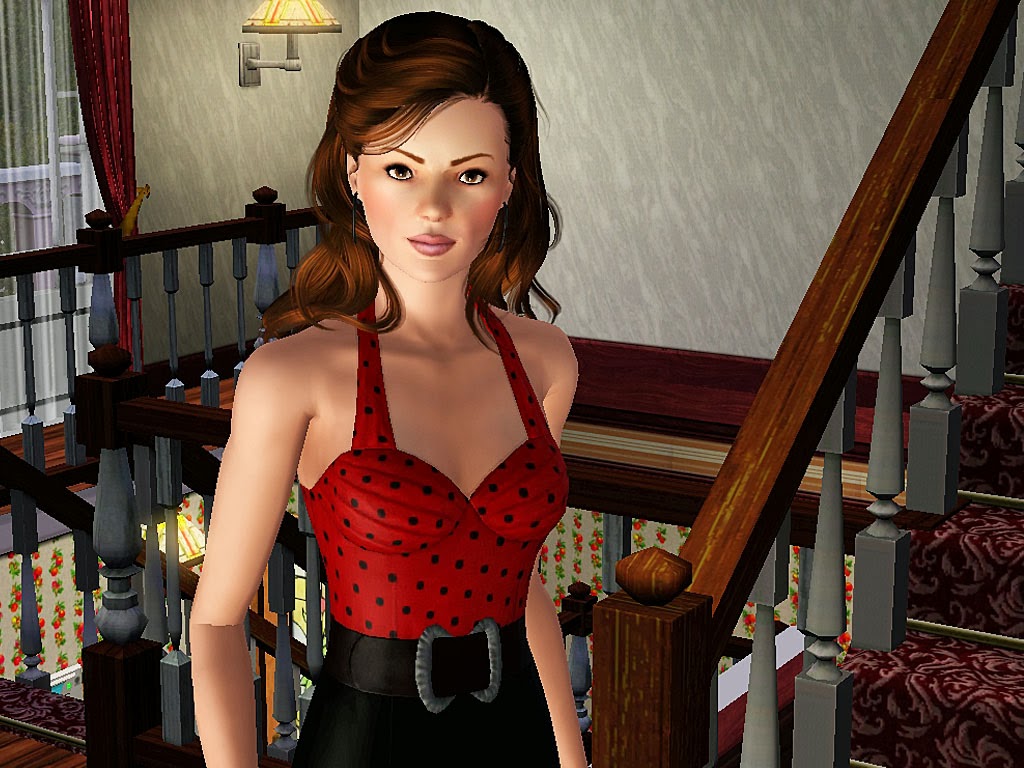 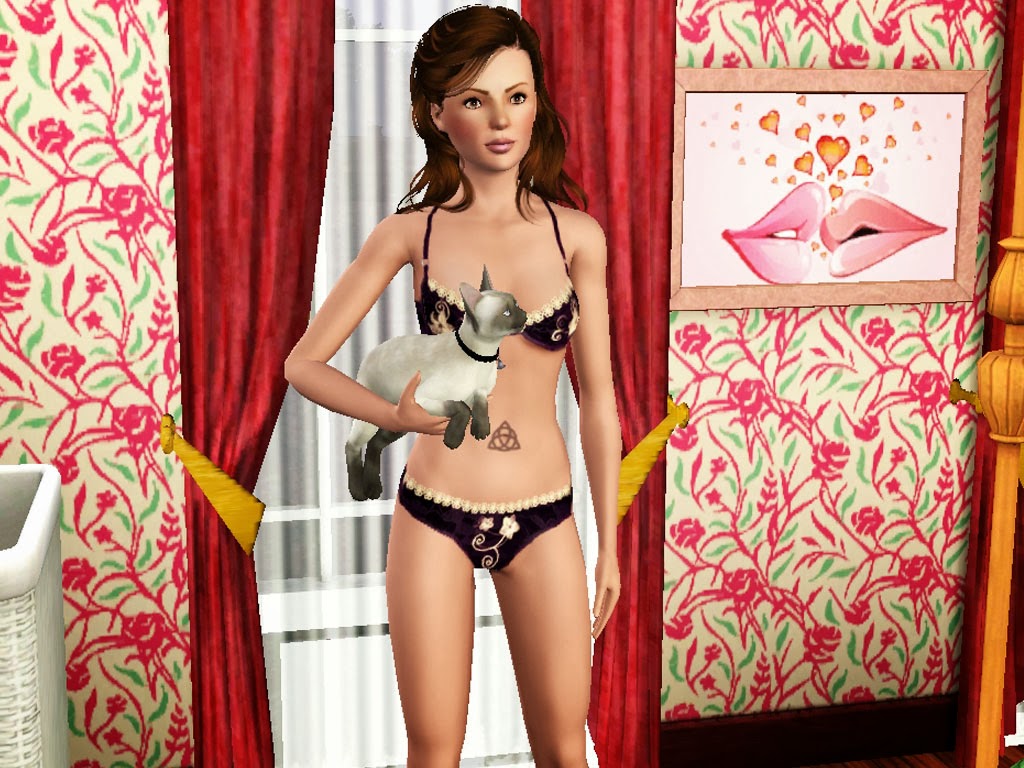 Phoebe is made shown with Newsea's Sunset hair which is not included.  See links below for custom content for her.  She is made with Maxis skin and no sliders were used to make her!
Please download items to make her look like my pictures:
Newsea's J150 Sunset hair here:  *Click*
Custom content included with her:
Pizazz's  Little red dress here:  *Click*
Pizazz's troubled water swimwear here;  *Click*
LorandiaSims3 sleep Intimate set here:  *Click*
LorandiaSims3 colored peep toe shoes here:  *Click*
Lulu265's Charmed Triquetra tattoo here:  *Click*
Everyday outfit from Fast lane expansion and outerwear is from Late Night and Diesel.
Charmed nails by Lola-thanks so much they are so great!!
Thanks to all the talented artist named above for the wonderful cc!!
Thanks to Cmomoney @ MTS for the wonderful pose player that I use with all my simmies!!
Download it here:  *Click*
Thanks so much  to all these people for poses:  Skylar at R & S Gemsims Dollhouse  JuBA_Oo, Seemyu, Morphead, Etenila, Maximumsims & Traelia all at MTS, R2M, Elexis at Ace creations, Tum Tum Simiolino, IMHO,  Peppersims3, BlakC's pose place, Inna_Lisa at Sims 3 models