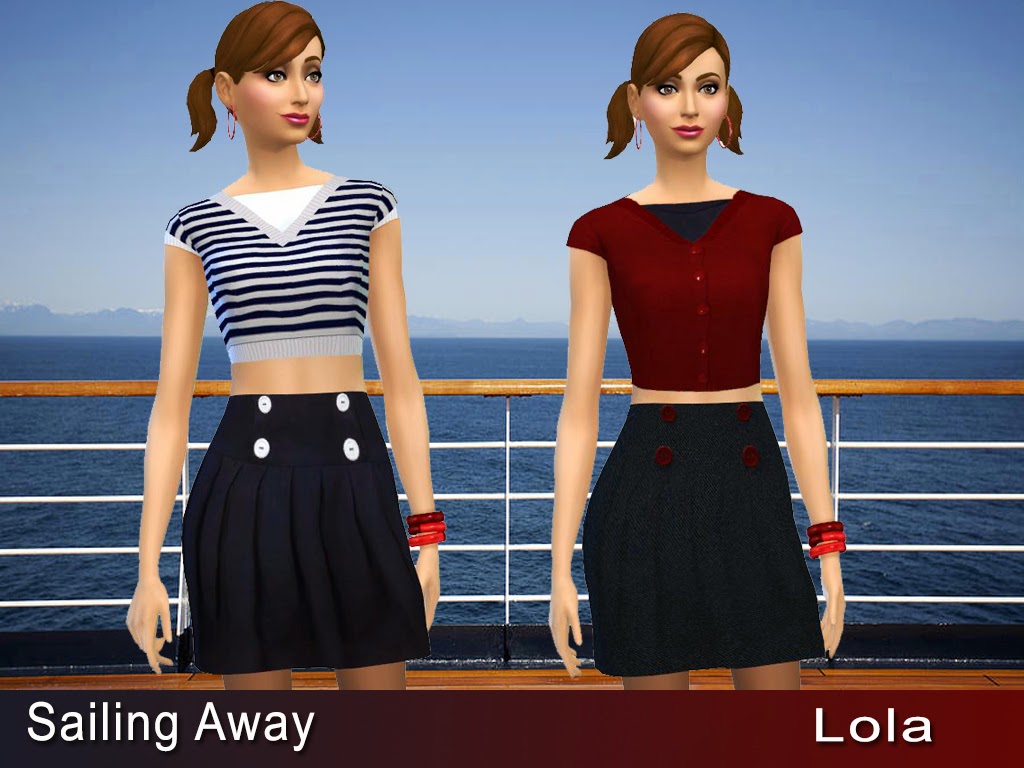 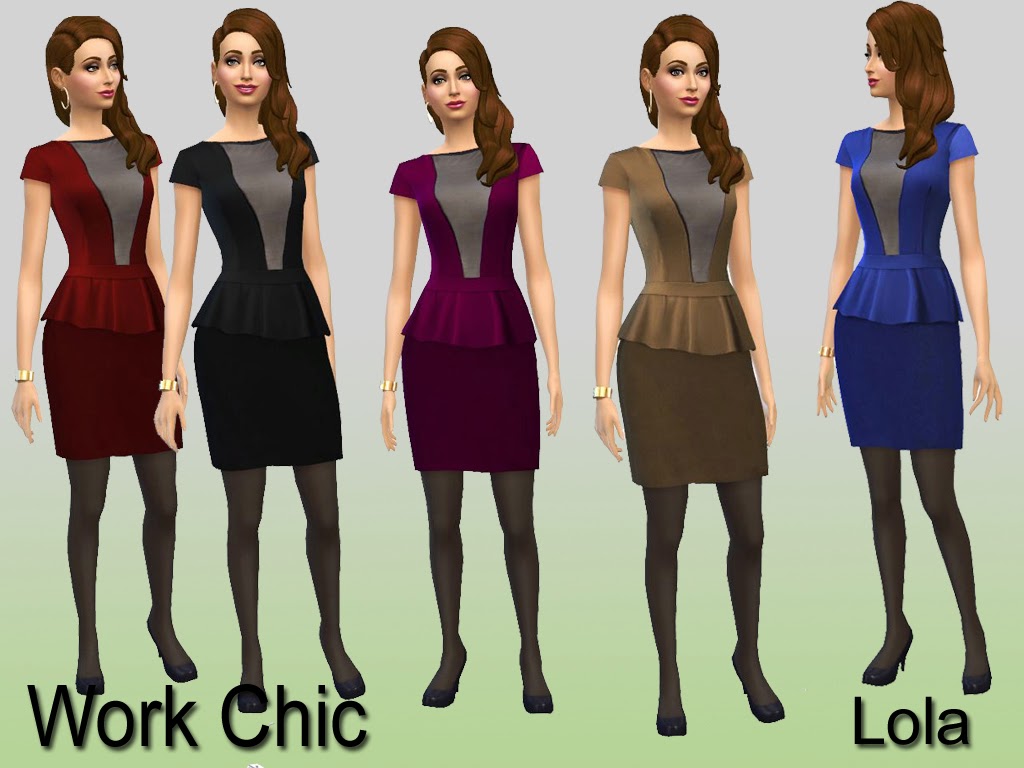 Recolour of the peplum Dress

Gisele Bündchen for sims 3 by squarepeg56

Gisele Caroline Bündchen is a Brazilian fashion model, actress, and producer. She is the top paid model of 2014!!  Gisele is the Goodwill Ambassador for the United Nations Environment Program.  She is married to quarterback Tom Brady.  Gisele is shown with Newsea's and Cool sims hairs and Teru K plus skin which are not included.  Download her below and links to custom content!! 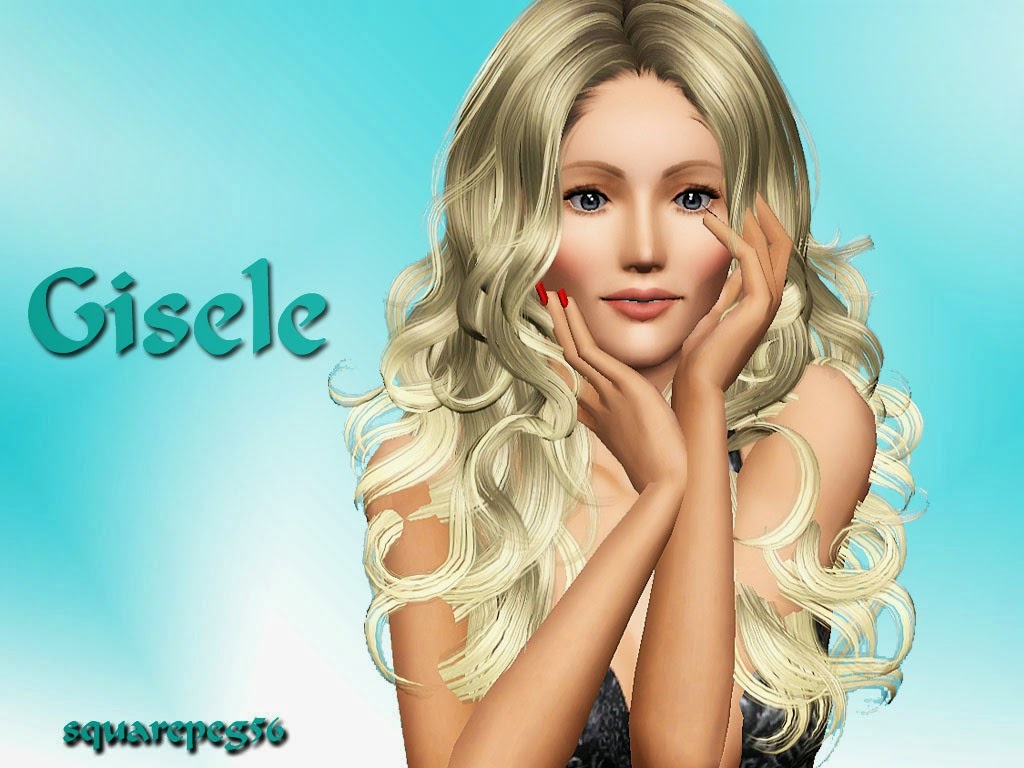 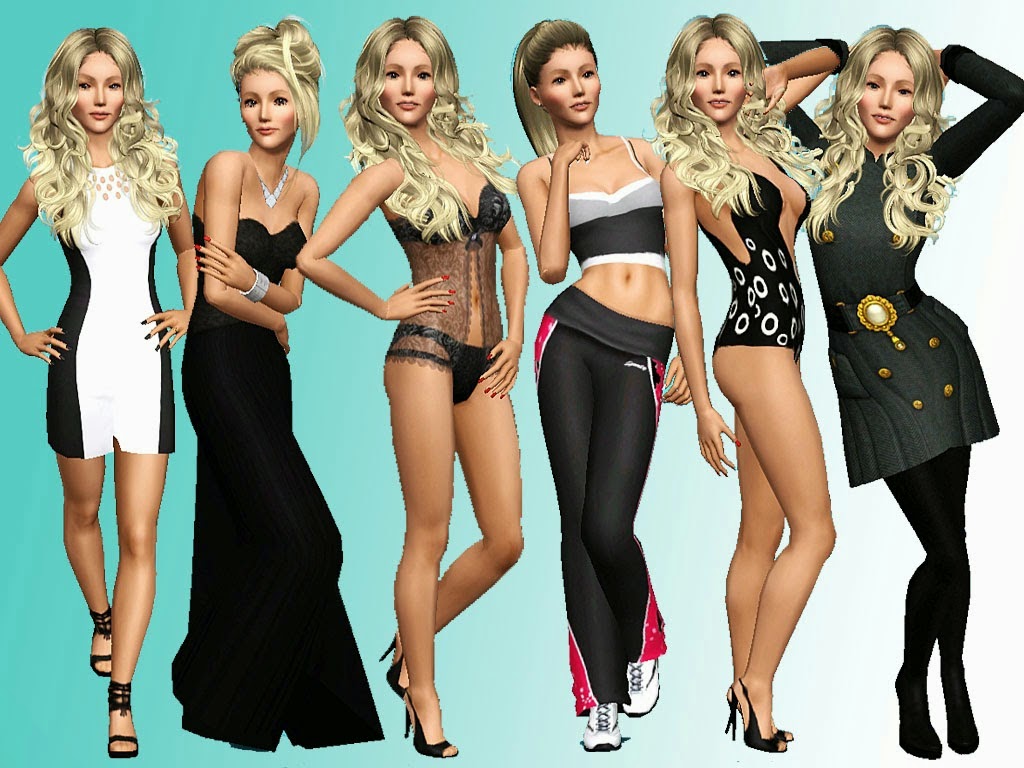 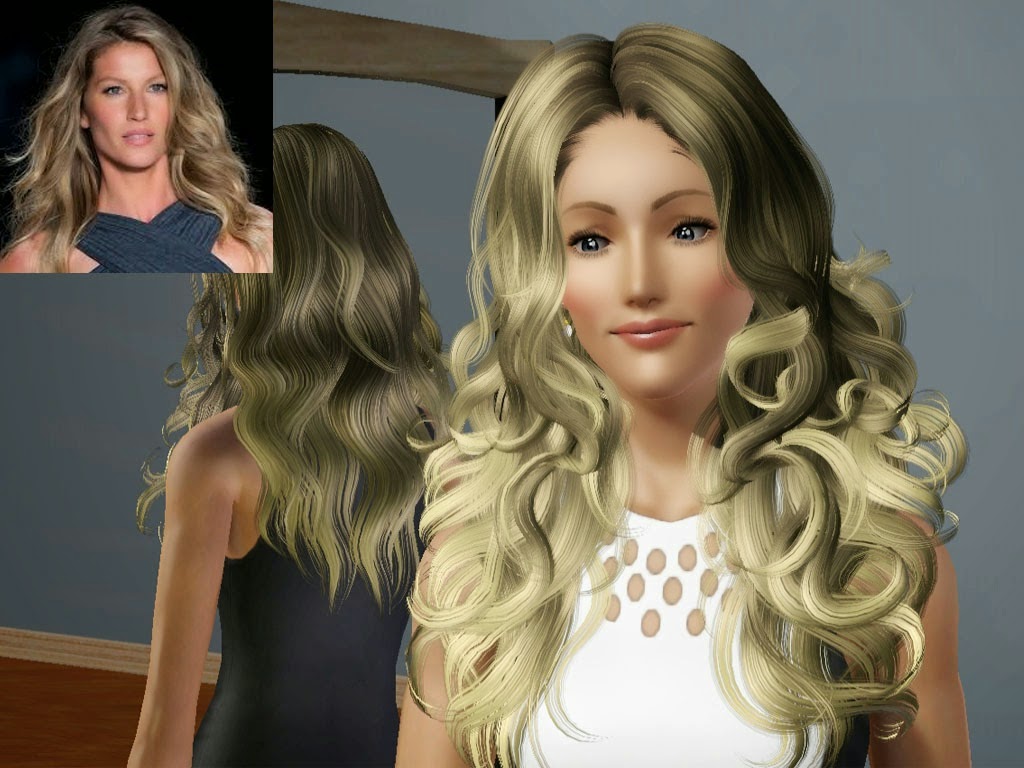 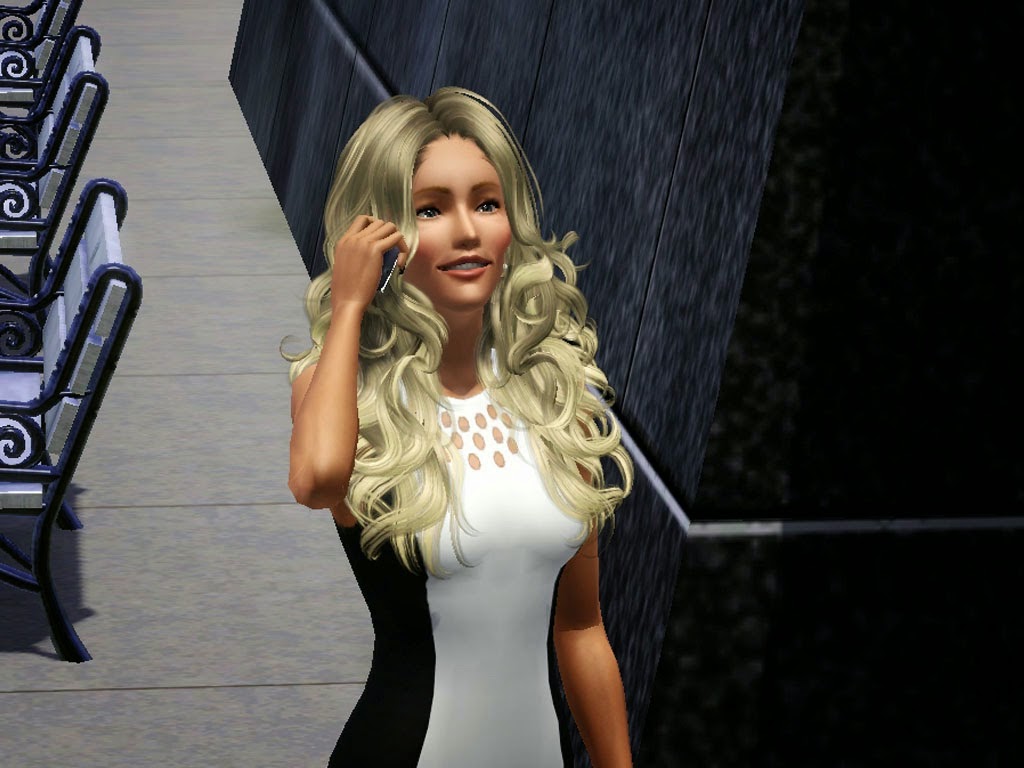 Tom Brady for Sims 3 by squarepeg56

Tom Brady is an American football quarterback for the New England Patriots of the National Football League (NFL).   After playing college football for the University of Michigan, Brady was drafted by the Patriots in the sixth round of the 2000 NFL Draft.
In Brady's fourteen seasons as a starter, the Patriots have earned five trips to the Super Bowl,  winning three. He has also won two Super Bowl MVP awards, two league MVP awards (2007, 2010), has been selected to nine Pro Bowls, and has led the Patriots to more division titles than any other quarterback in NFL history, with eleven. Read more here:  Wikipedia  He is married to super model Gisele Bündchen.  He is shown with Teru K plus natural skin which is not included.  See below to download him and for links to custom content!! 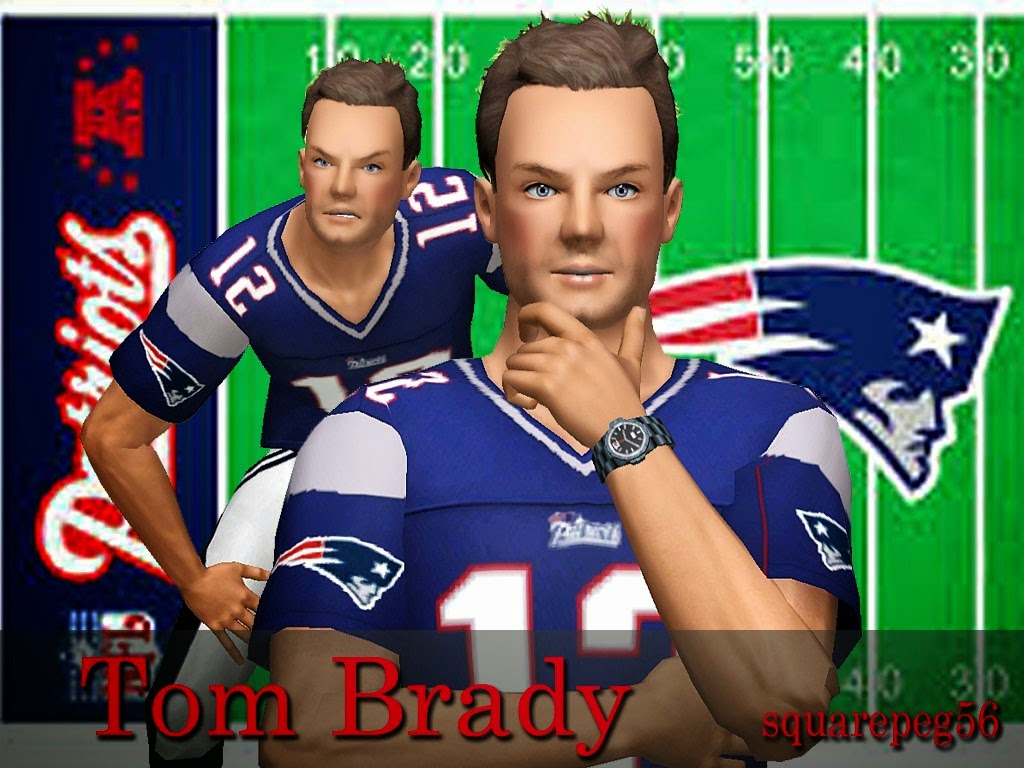 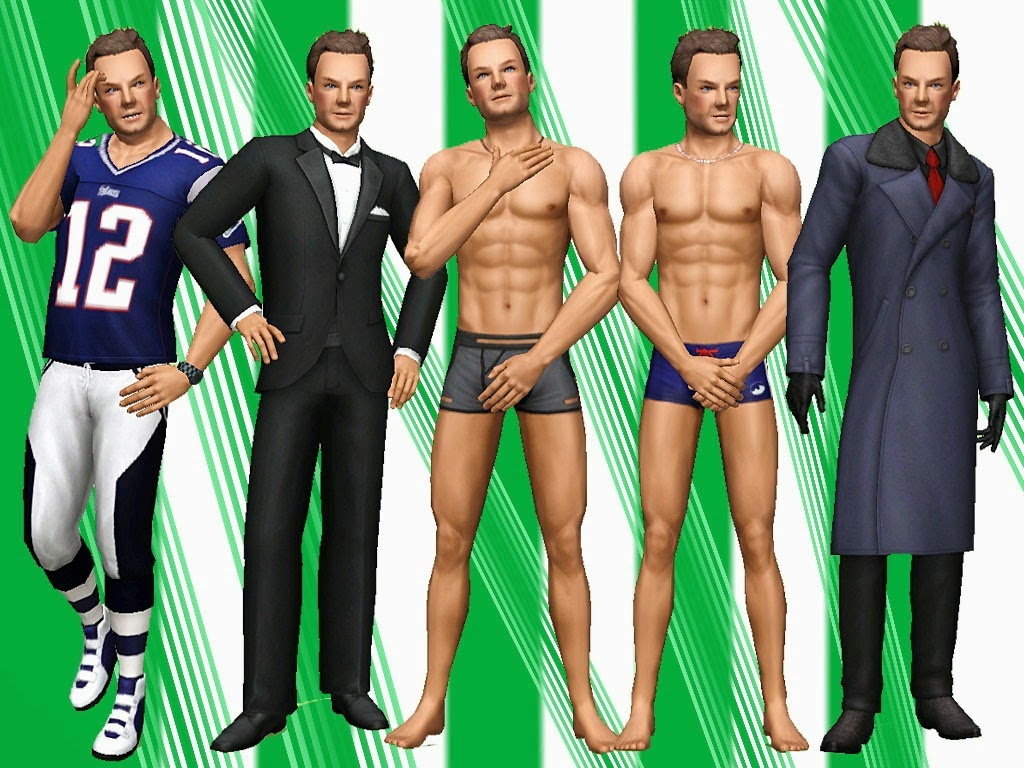 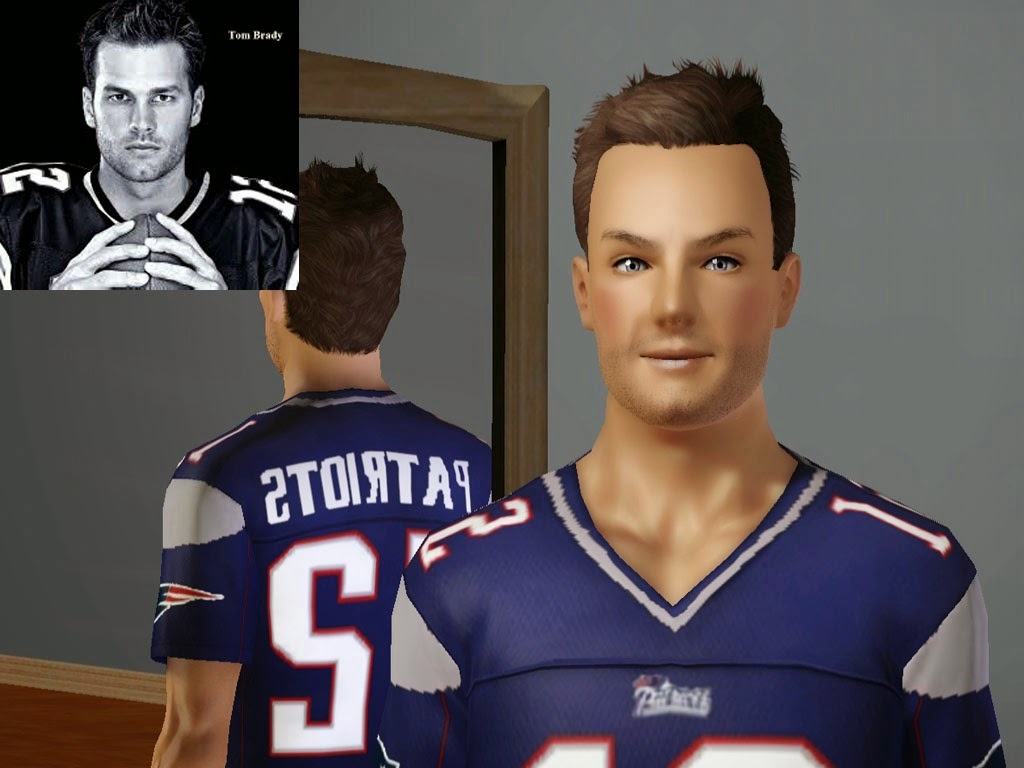 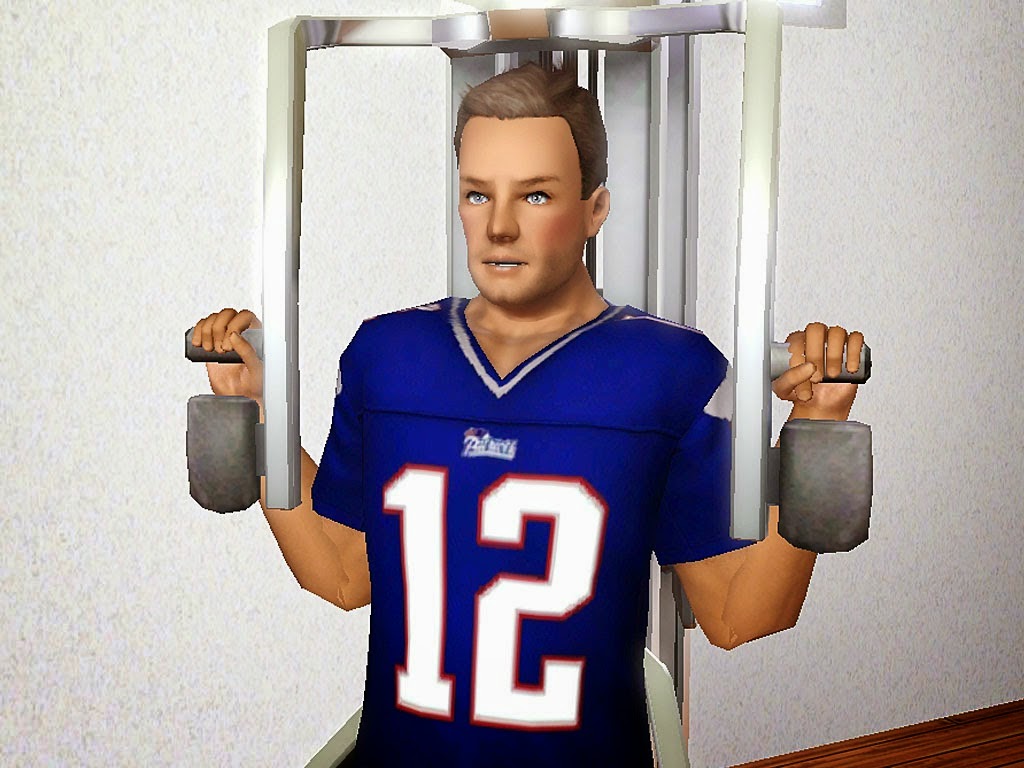 Thanks so much to the above named artists
for the wonderful cc-you guys rock!!
I will be adding Tom's wife Gisele Bündchen  to the blog soon!!

Thanks to Cmomoney @ MTS for the great pose player that I use with all my simmies!!

Here is a cute home for your simmies to enjoy!! Three bedrooms-pretty master suite, nursery and kids room.  Two and half baths.  With a formal living room, dining room, study, and a large eat in kitchen.  Two car garage with nicely landscaped yard with a pool and play area for your kids!!  Large basement with a washer and dryer-need Ambitions for them to show I believe.  Many extras-enjoy!!
Download below pictures and see list of custom content! 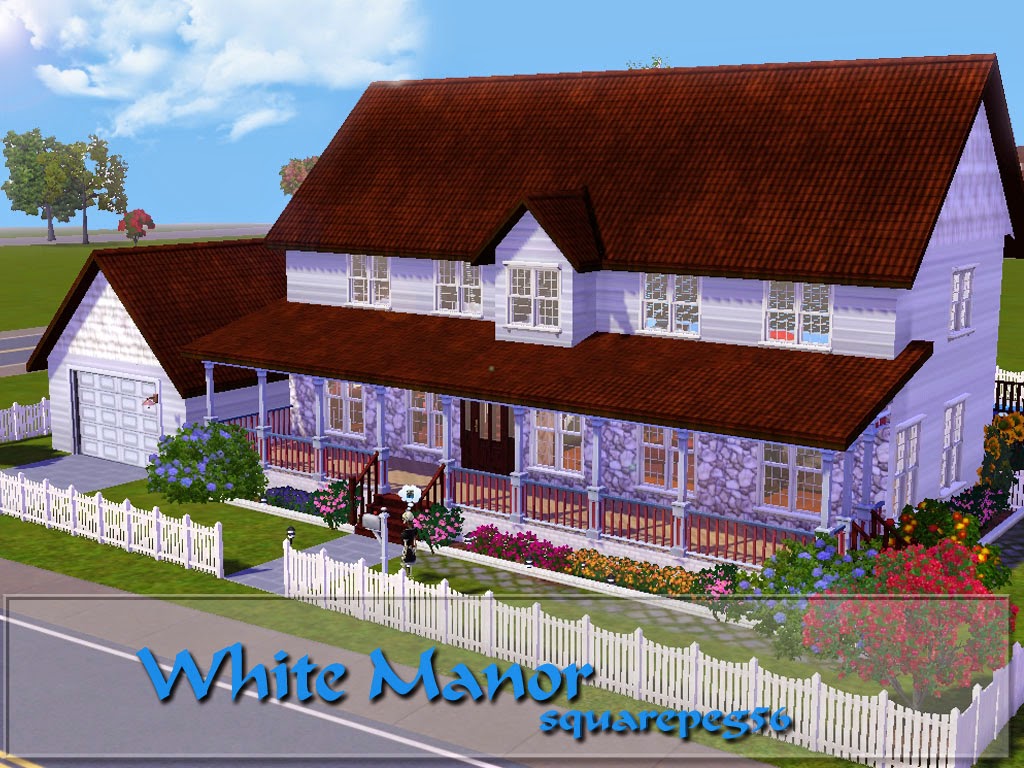 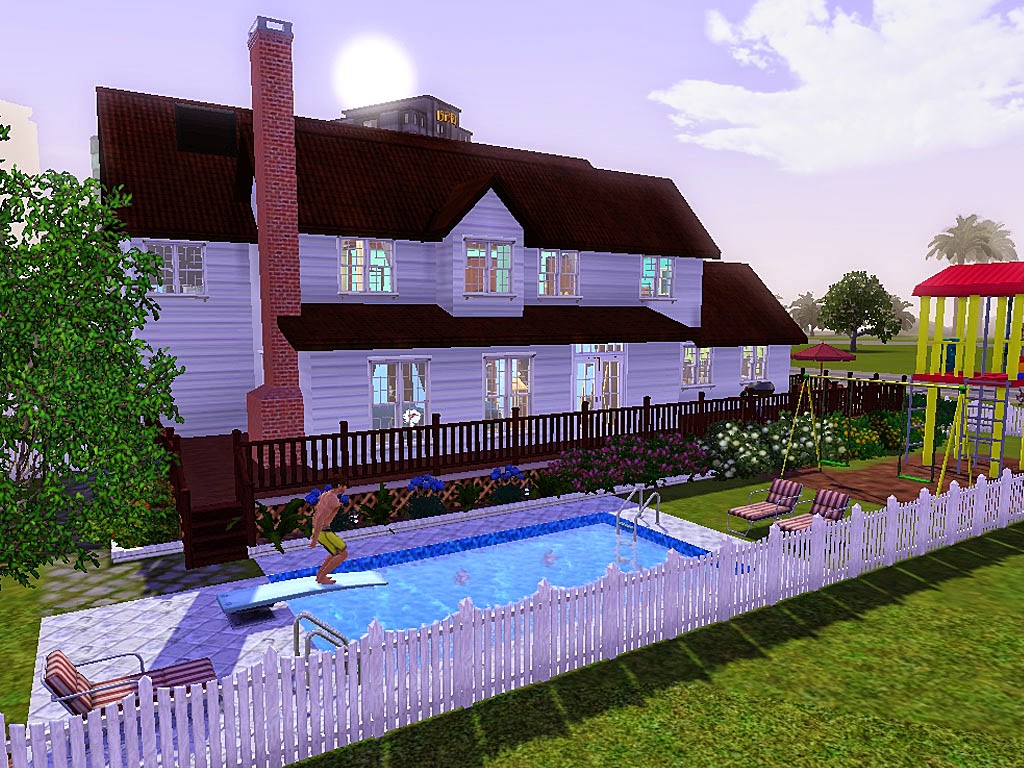 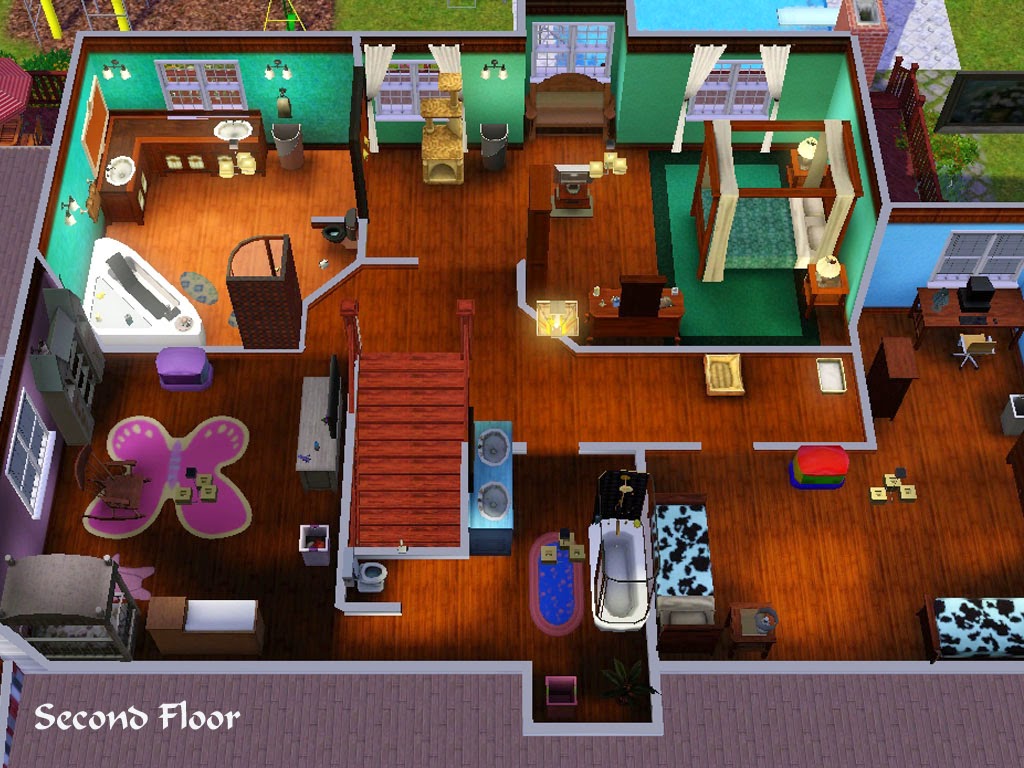 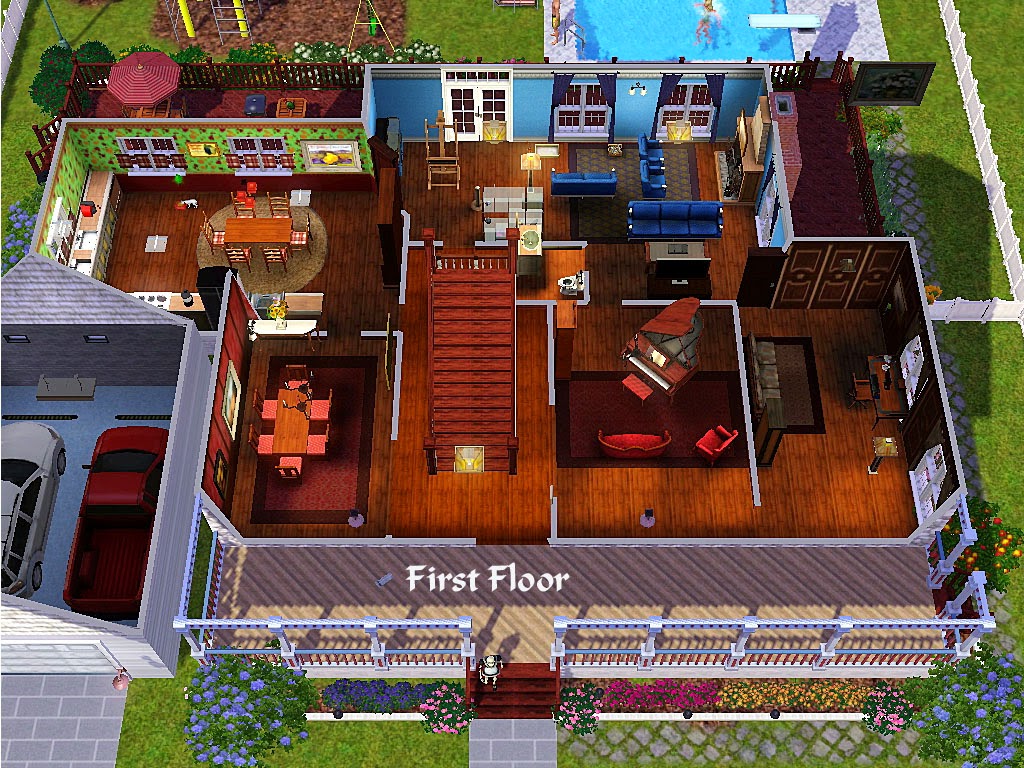 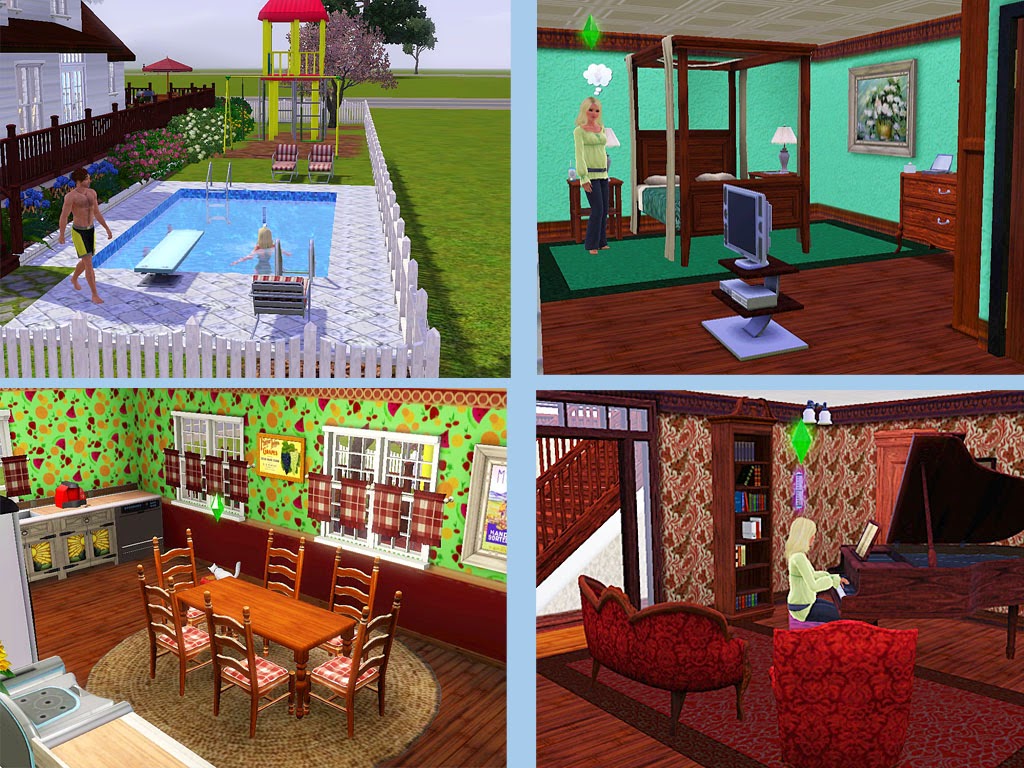 Built on a 30 x 30 lot tested in Sunset Valley.
4.02 MB
Furnished:  $160,138
Unfurnished:  $87,031
I tried to use mostly base game items but I do own
all the expansions so there are a few things that
are not base game.  The game will replace these items
with something similar if you don't have them!!
Custom content:
Pralinesims' fluffy rug3 and Cozy rug.
Find Pralinesims cc here:  click
Missyzim's federal window and blind here:  click
Thanks to Pralinesims and Missyzim for the wonderful custom content!!
Thanks to painsi @ deviantArt for the great cloud brushes that I used in pictures! Download them here: click
2 comments: